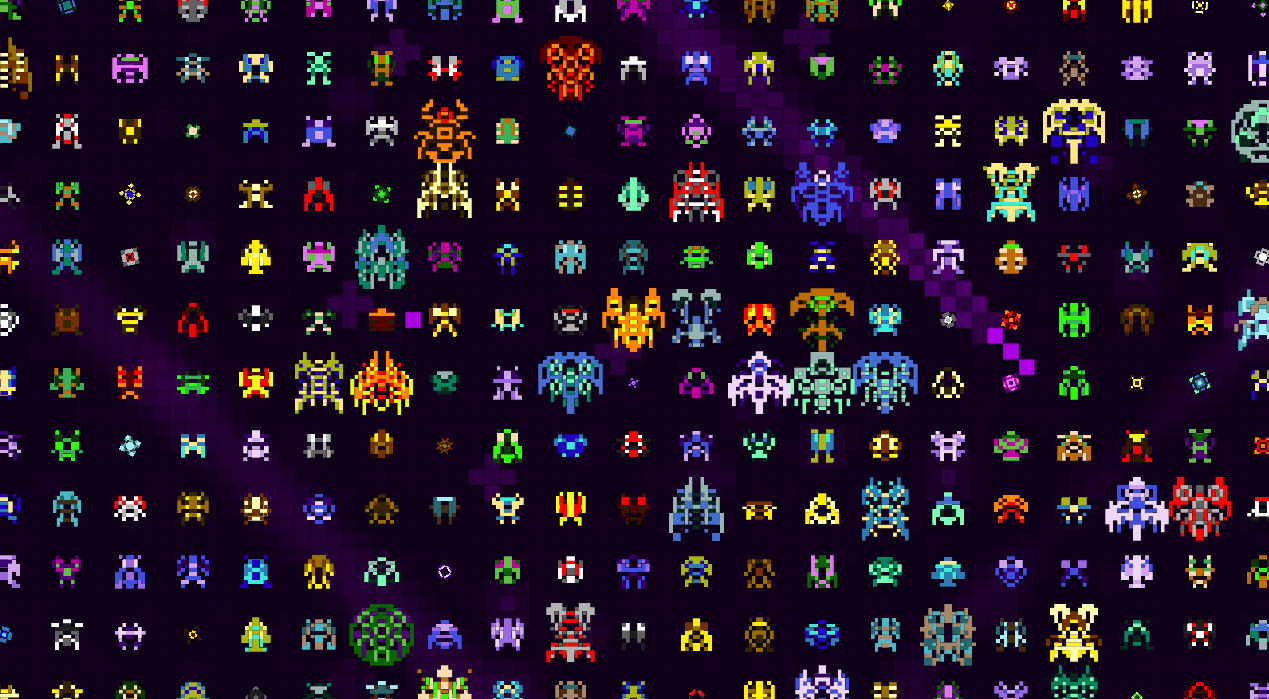 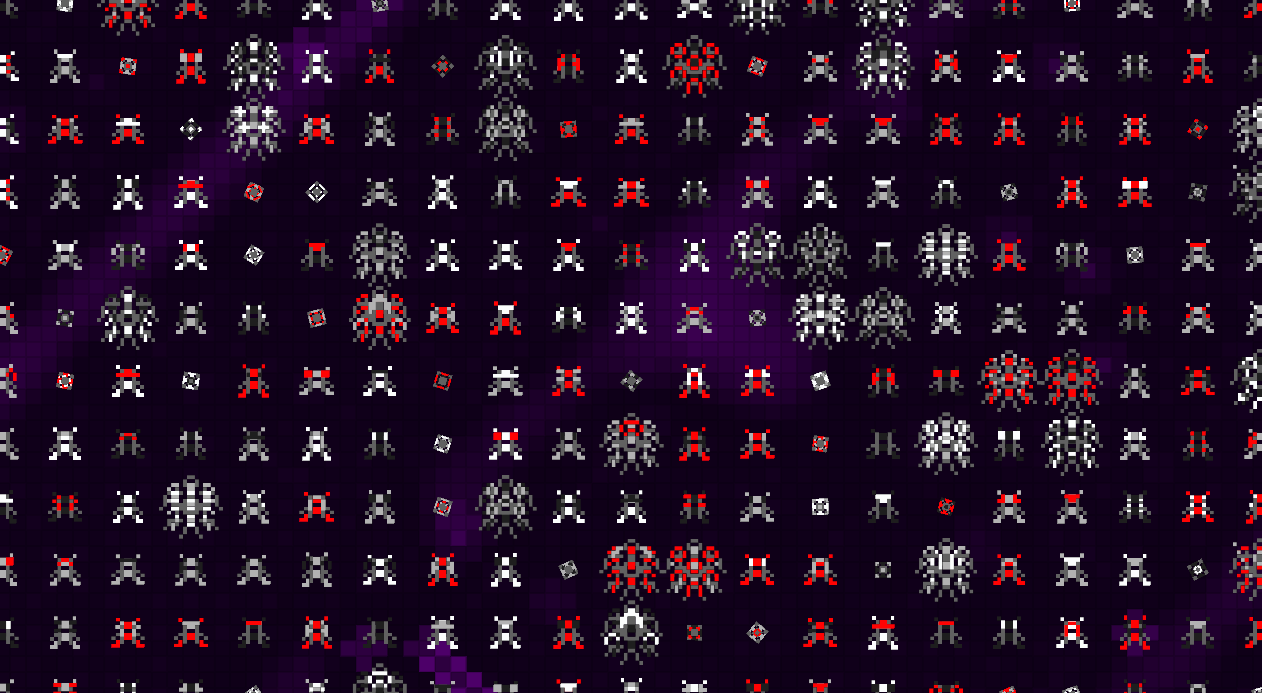 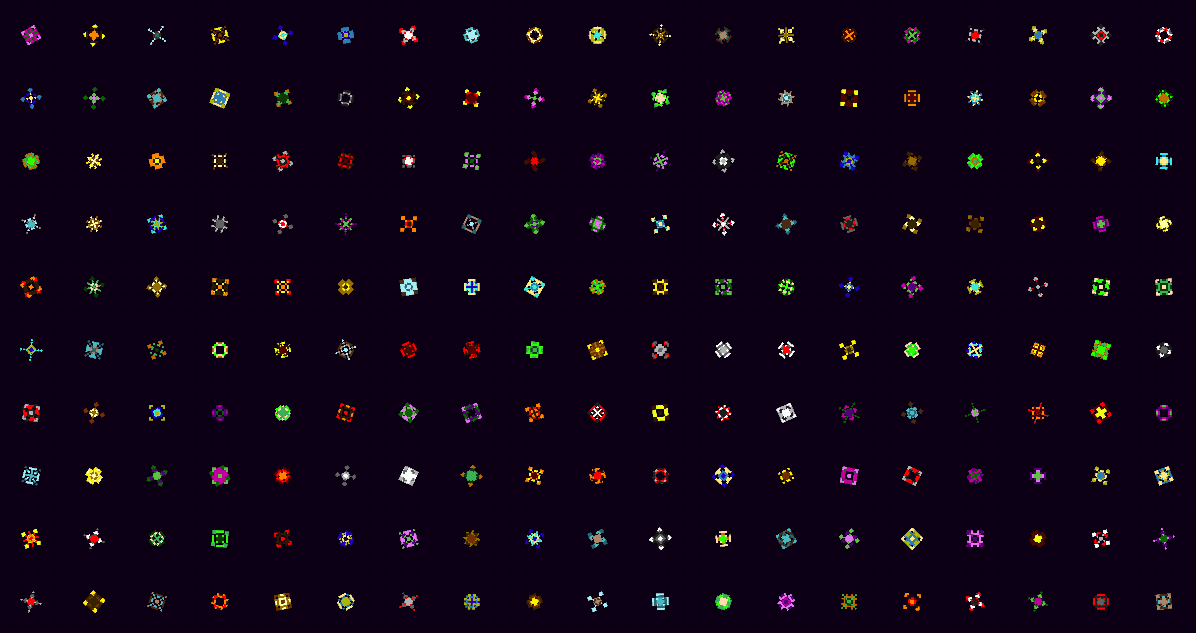 More sandbox than game, this app will generate thousands of little creeps for you! Choose whether you want them to belong to a single family or not, generate big monsters, small creeps, pickups - this generator will sure come up with a design you'll like!

Additionally, a second mode puts you in control of your creep swarm. Two players fight for pickups in order to let their swarm reproduce and grow bigger. However, feral beasts are on the loose, trying to eat your creepers alive! Try to avoid the hunters, decimate the enemy swarm by firing your own creeps as missiles, and stay alive as long as you can!