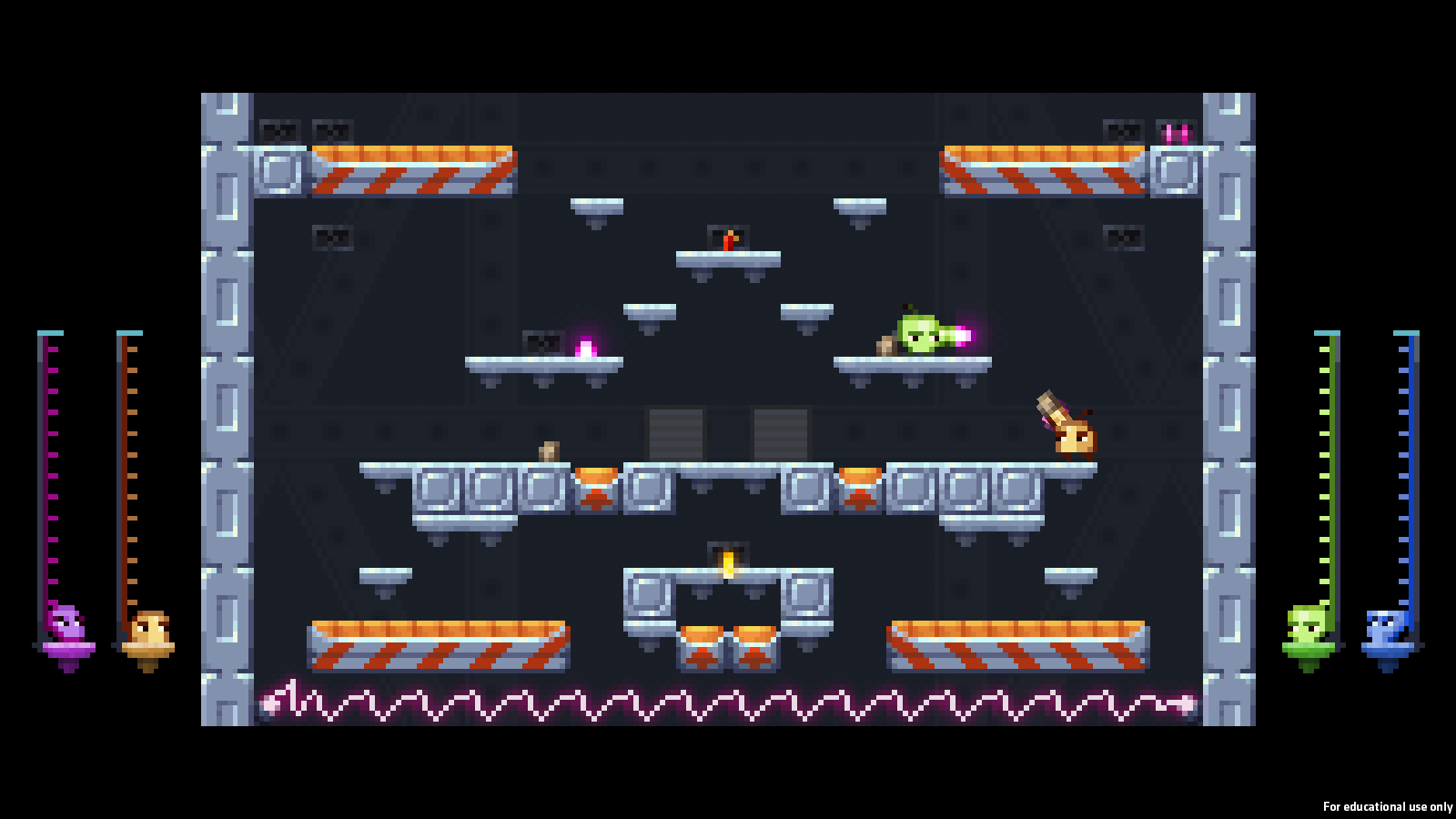 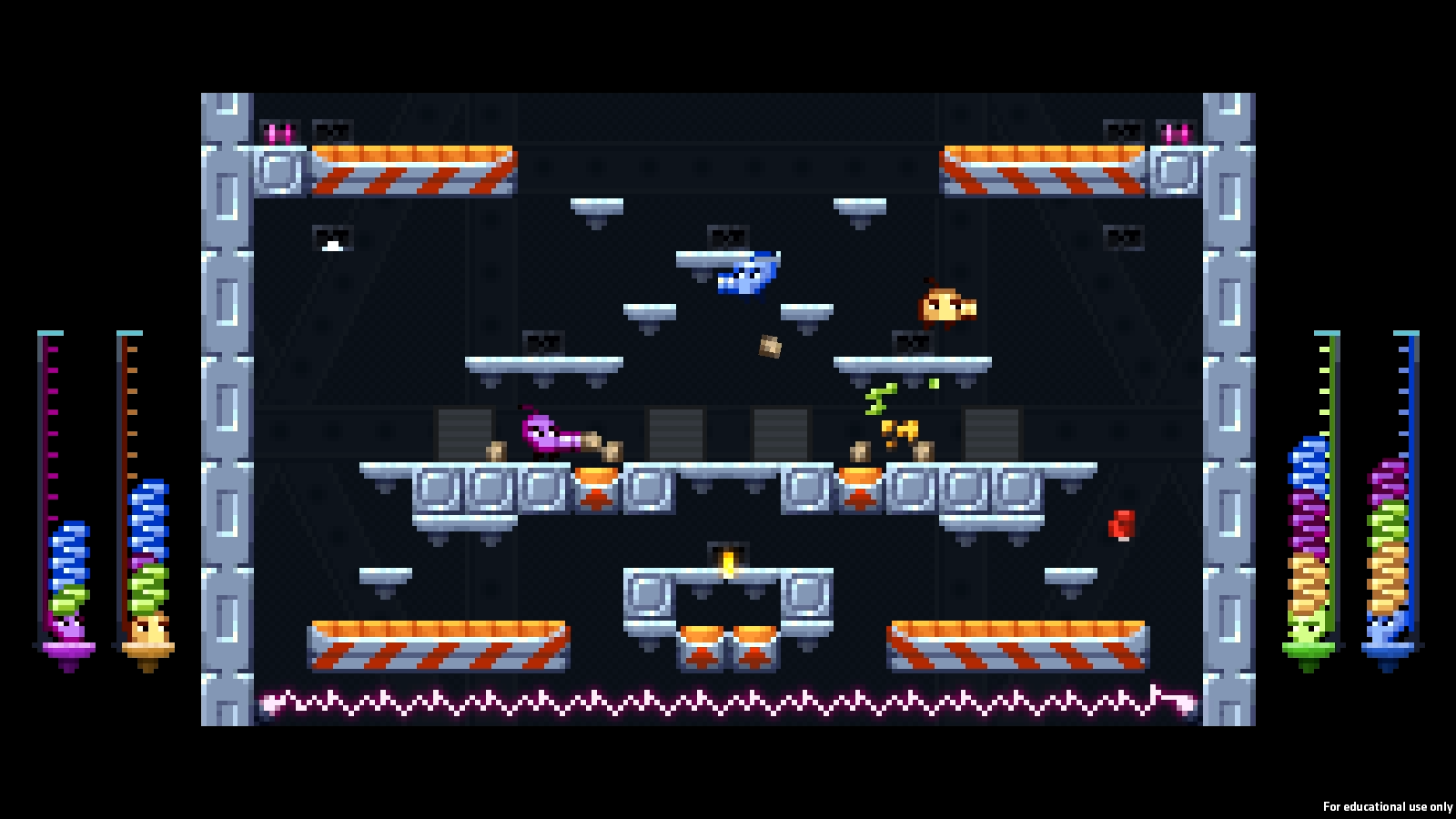 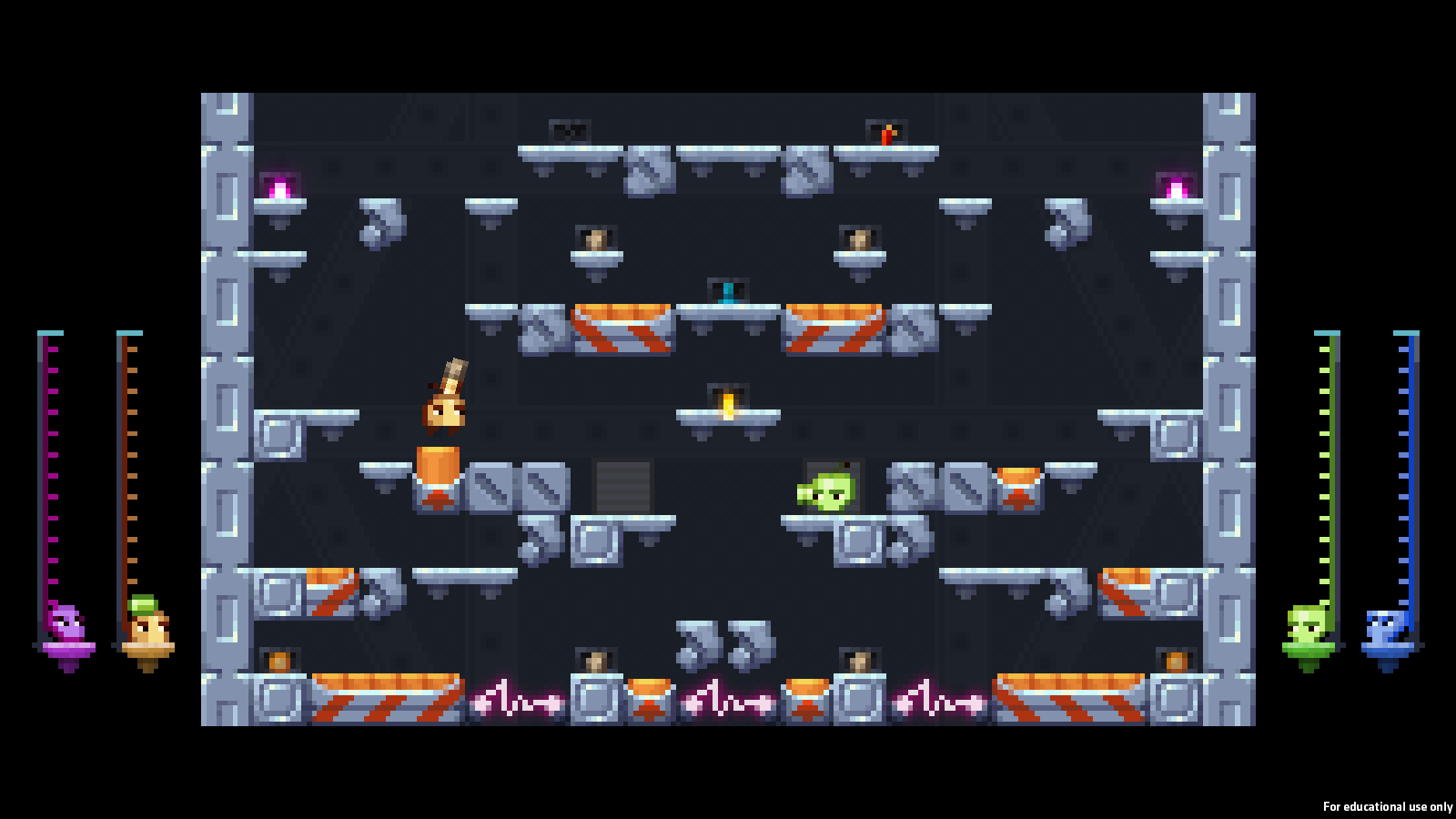 A fast single-screen local multiplayer game for 2-4 players. Try to destroy each other by picking up and throwing one of the many interesting objects lying around on the floor. Missiles? Dynamite? Contact mines, energy balls, rocks, throwing knifes, or something completely different? The choice is yours! Or just run around with an empty cannon, ready to deflect incoming projectiles with a blast of compressed air!

Clever usage of the available weapon pickups and the environment is needed if you plan on living to tell the tale!

This project has been realized in collaboration with @ssero, a great pixel artist and game designer. Follow him on Twitter!

Scientific Mischief is currently in development, to be released as soon as it's done!